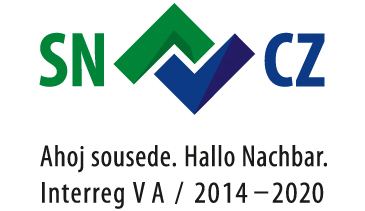 The International Fortress Conference in Terezìn aims to draw attention to today's challenges for the cultural heritage of fortified monuments and to present best practices in cross-border cooperation, projects and networking.

The Fortress Conference is part of a cross-border funding project in the Euroregion Elbe/Labe DE-CZ. Project partners are Terezín - město změny, the Fortress Königstein gGmbH and the FORTE CULTURA Network. 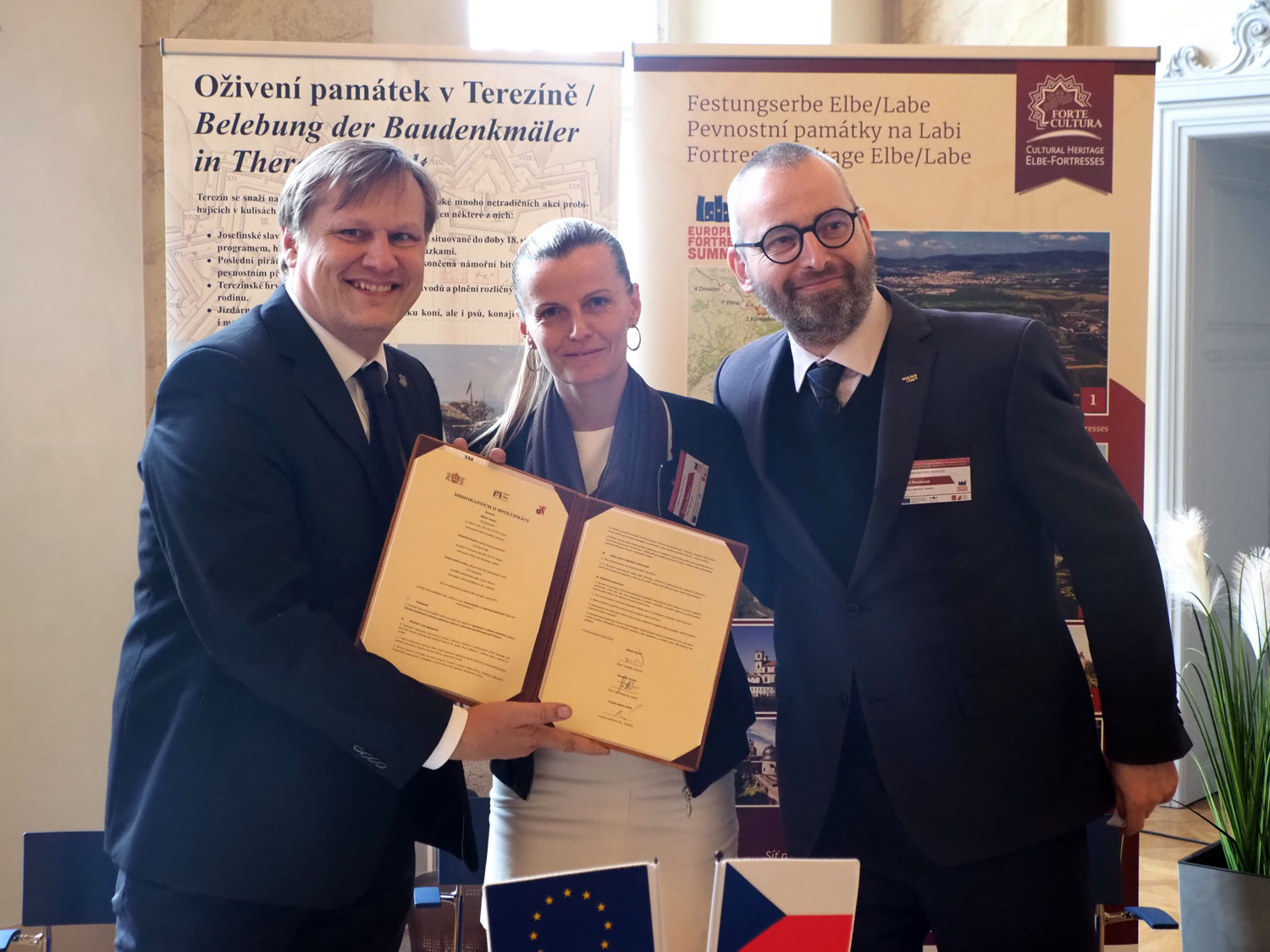 During the Internationalen Fortress Conference Terezin, René Tomášek (Mayor City Terezín), Dr. Jan Roubínek (Director Terezín Memorial) and Vendula Bláhová (Director of institution “Terezin – City of Change”) signed a Memorandum for local partnership on the preservation and development of Terezín Fortress as an educational and tourist destination. The memorandum is the beginning of a long road, but Terezín has good basics and great potential as well as strong partners such as the international fortress networks FORTE CULTRA and EFFORTS. Experts from 7 countries presented European best practices and methods for the revitalisation of historic fortresses at the conference.

We Stand With Ukraine 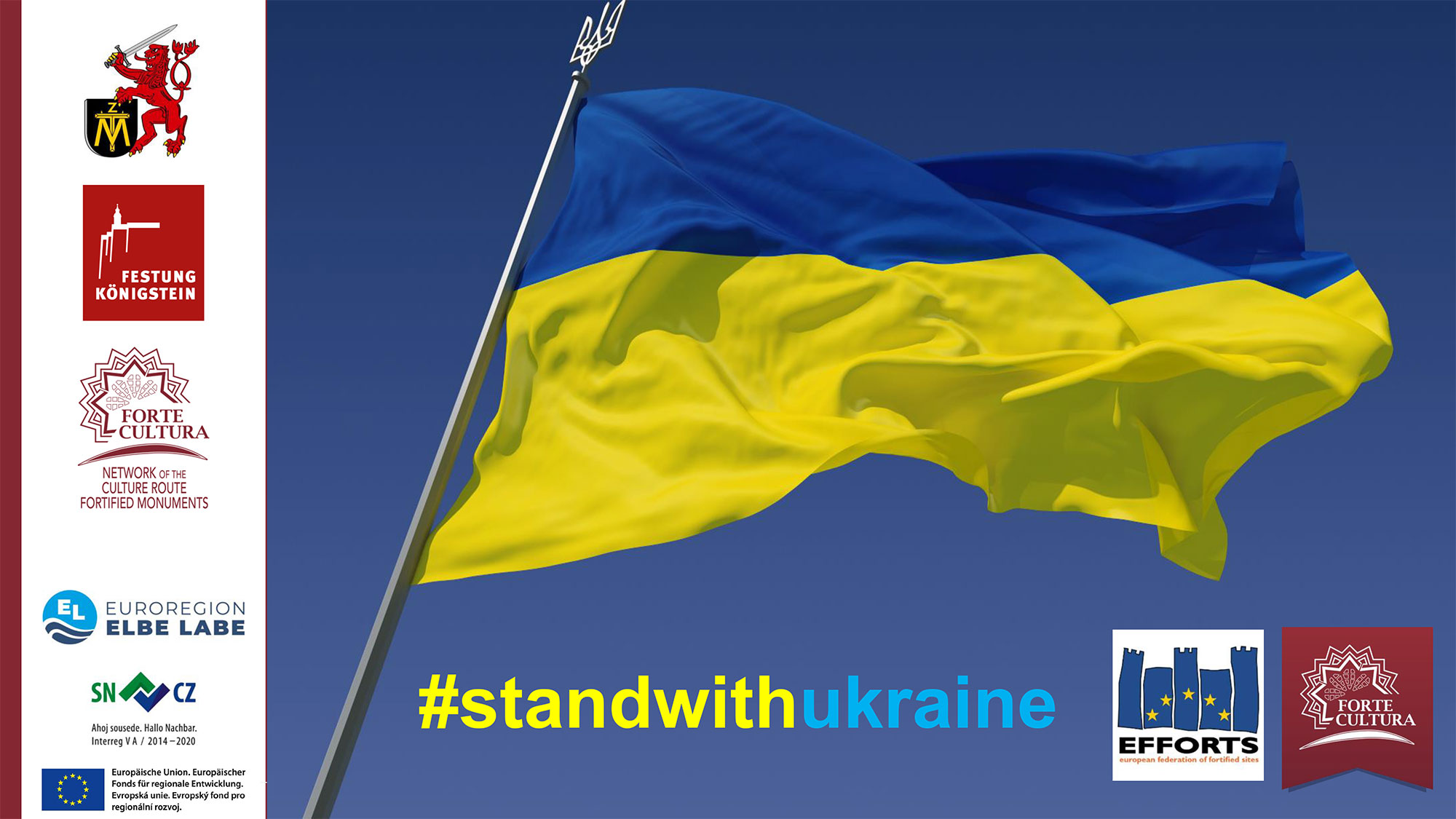 Part of the programme was a minute's silence in solidarity with the people of Ukraine and a joint declaration against war, for human rights and democracy.

FORTE CULTURA also declared Medzhybizh Fortress in Ukraine (Державний історико - культурний заповідник "Межибіж") a new official stop on the European Cultural Route. The annual fees for this are borne by FORTE CULTURA. Together with the partner network EFFORTS Europe, a partnership initiative was also launched to connect Ukrainian fortress monuments with fortresses of the two networks on the basis of sponsorships.

The opening of the European Fortress Summer 2022 with gun salutes was part of the conference programme. The initiative of FORTE CULTURA and EFFORTS brings together events in over 200 European fortresses in the period from April to October.

Other components of the meeting included a visit to the Terezin Memorial in the Small Fortress and a visit to the Vyšehrad Fortress in Prague. A summary report (DE/CZ/EN) will be made available shortly.

Visit to the National Theresienstadt Memorial and wreath-laying ceremony

Minute of Silence for Ukraine - Statement of the conference participants

EFFORTS & FORTE CULTURA: Common issues and solutions for theCultural Heritage of Fortified Monuments; Projects and activities to support the Fortresses in Europe

The Theresienstadt Centre for Genocide Studies: A successful partnership between local authority and an independent educational institution

Reintegration, redevelopment and upgrading of the tourist functions of Dömitz Fortress - A student project of the Warsaw University of Technology.

The Ravelin 2 Magdeburg - Rising from the Ruins

Recapture the Fortress Cities / Reviving the Fortress Regions: Natural and cultural (military) heritage should be adapted and used for current and future challenges. Review of the Interreg project RfC and new approaches for continuation

Videoplaylist in addition to the presentations

The difficult history of the fortress of Terezin testifies to the turbulent history of Europe. That is why fortified heritage could be an excellent medium for promoting the fundamental values of the Council of Europe: democracy, respect for human rights and fundamental freedoms, representing a space for meeting and intercultural dialogue, peace and tolerance. This was the conclusion of the Terezin conference: through project cooperation, European partnerships, learning and research, transform European border regions with fortifications, former sites of war and human suffering into new cultural corridors and areas of peace and civil initiatives, creative cooperation and intercultural dialogue.